A chance to clean up the funeral market

Customers have been taken advantage of in the funeral market, with prices soaring, but no commensurate improvements in quality. The regulator is finally getting involved. 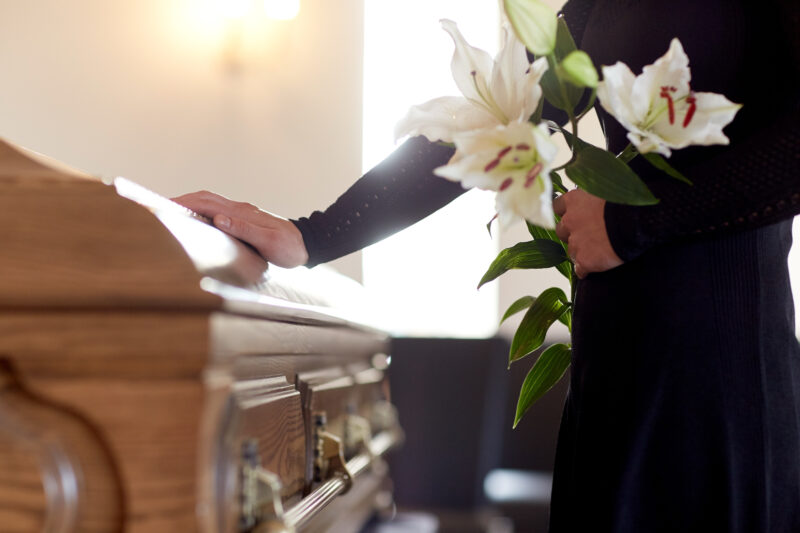 Funerals have become an expensive business over the past few years – with prices more than trebling over the last two decades.

Back in 1998, a cremation funeral would have set you back around £1,200, whereas today the cost is likely to be closer to £4,000. Even adjusting for inflation, that’s roughly twice as much as it was 20 years ago.

Some of this genuinely does come down to increased costs. For example, families must now pay a doctor’s fee to cover the cost of two separate doctors inspecting the deceased before they are cremated – a sensible reform that was introduced in the wake of the Harold Shipman murders.

And the fees for using crematoria have also been rising as local authorities have had budgets squeezed by central government and have looked for easy ways to raise extra revenue.

The rise of funeral profit margins

But suffice it to say, most of the costs associated with providing a funeral have not trebled over the past two decades. Much of this extra revenue has traveled directly to the bottom line of funeral companies.

The main problem in the market is that it’s still far too difficult to shop around. Most funeral directors still don’t tell you what a funeral will cost on their website. The two largest players in the market – Dignity and Co-op – tell you the price of their basic package, but it’s still not possible to work out what the cost might be if you want something more.

Once you’re on the phone with funeral directors, it’s far too easy to feel pressured into paying for a more expensive package because you don’t want to be seen as being “cheap” when it comes to something as sensitive as a funeral for a loved one.

Basic funeral packages are actually reasonably priced. Both Dignity and Co-op charge just under £2,000 (with third party costs like the crematoria and doctor’s fees adding about another £1,000 on top of that).

But these value plans still only account for a minority of sales – with most people paying much more.

The broken link between price and quality

The majority of people pay for higher quality plans, parting with more money without necessarily getting commensurately better quality.

I have no problem with funeral providers offering packages that cost £10,000 – as long as there’s some clear link between those prices and the underlying costs. But that link tends to be blurred for all but the cheapest packages.

Simple funerals tend to include all elements of a funeral that most families would need. But if there’s something that you don’t feel comfortable with – for example, you want a better quality coffin, or a more convenient time for the service – prices begin to spiral disproportionately to the cost.

I first got interested in this market two years ago when my mother died. My family and I didn’t have a great experience, and I’m pleased to say that things have been improving since then. There is more price transparency than there was, and prices have started to fall. Indeed, Dignity, the UK’s only major funeral provider listed on the stock market, has seen its share price half in the past six months as it has started to explain to shareholders that its profit margins are going be squeezed.

A handful of funeral comparison sites have also come to market, and are getting better at getting more accurate price information to help customers make meaningful comparisons.

But there is more to do.

At the start of this month, the Competition & Markets Authority made the welcome announcement that it is launching an inquiry into the sector.

Although much of its focus so far seems to be about price, that’s the easy part to fix in my opinion. Once it’s easier for people to compare costs, we then need to also help them get a clearer understanding about the differences in quality.

Although the front end of funeral experiences may seem fairly similar, there’s actually a lot of variables behind the scenes. The funeral sector has no regulation so, at the margins, standards can be incredibly low.

Horrifyingly, a minority of funeral directors still don’t have fridges to store the bodies in their care. If there’s a delay between the death and the funeral, bodies will start to deteriorate. And even if the family don’t want to arrange viewings, no one wants to think of their relative decomposing in the back room of an undertakers while they wait for the funeral.

There are of course also differences in the skill of undertakers in terms of their experience and training for taking care of the deceased.

And what checks are being done to ensure that coffins are actually made of the wood that you have been promised? Is the hearse an old banger or a state of the art vehicle with a bit of class about it?

As things stand, there are no minimum standards that funeral directors have to adhere to. The trade bodies go some way to trying to improve things, but they have little recognition amongst the public -so when it comes to choosing a funeral director, customers don’t necessarily give preference to members of these industry clubs.

What’s needed is easy ways for customers to assess the quality of what they are signing up to. Perhaps something akin to the food hygiene rating that sits in restaurants – with a simple guide online showing you the results of a regular inspection.

The CMA report presents an opportunity to clean this market up once and for all, so that consumers can shop in confidence for a fair deal from the funeral market, and know that if they are paying a high price, they are getting high quality as well.

Until then, if you’re the family member buying a funeral, tread with care. Be clear exactly what you’re getting in return for what you’re paying. And don’t feel cheap for asking difficult questions. After all, which of us would be happy if we knew our family had been fleeced when they were arranging our send off? We owe it to our loved ones to be good consumers.