Cashless chaos: why we need to act now to manage the decline of cash

Cash usage has halved in the last decade. If we don't act now, consumers will soon be charged for getting hold of cash, and will find many less places to use it. 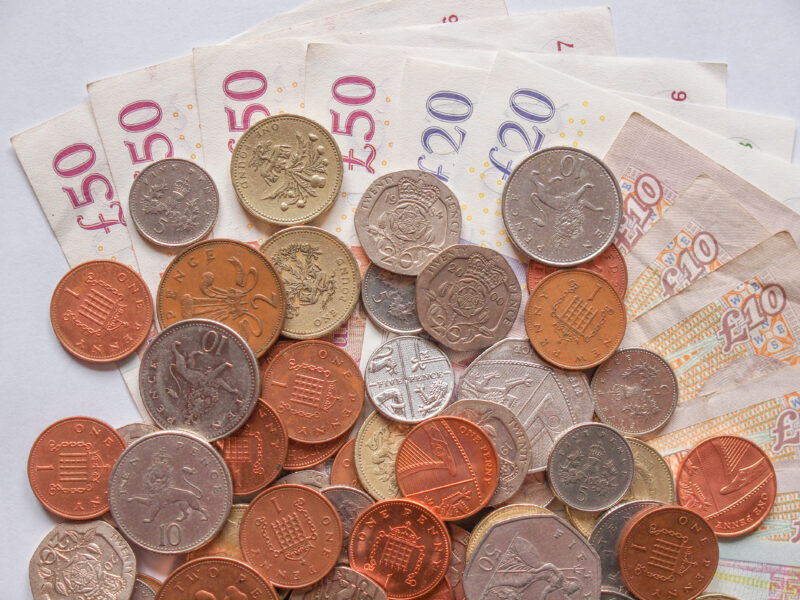 Cash has always been a strangely emotive subject. Many feel incredibly strongly about their right to pay in notes and coins, while others increasingly see it as an outdated means of payment, preferring to use digital alternatives wherever possible.

But whether you love or hate cash, it’s a fact that as a society we’re using much less of it. Over the past decade, cash usage has halved from six in 10 transactions to three in 10. And on that trajectory, we could be almost completely cashless within the next two decades.

If you’re a ‘never carry cash’ kind of a person, you might shrug your shoulders. But the consequences of not preparing for the continued decline in cash could have far reaching implications for all of us, particularly the significant minority of people in the UK who still rely on cash.

This was the backdrop which led to the independent Access to Cash review being set up last year – a working party which I’ve been involved in, tasked with looking at the consequences of the decline in cash.

After a year of evidence gathering and deliberation, the final report is published today – with some urgent calls to action for our banks, government and regulators.

Perhaps the most important thing we discovered in our evidence gathering phase is that one in six people in the UK would not be able to survive without cash as things stand. In some cases, that may be because they’re elderly or disabled and are unable to make use of digital payment systems. In other cases, it may be because they live in communities with little or no mobile signal and unreliable broadband – so digital payments just aren’t a practical option.

Doing nothing isn't an option

If we stand by and watch cash usage decline without doing anything, it’s clear that banks will soon ask consumers to start paying to get access to it. The costs of printing, storing and transporting cash are enormous, and there’s a large fixed element to this cost base which doesn’t reduce even as cash usage declines.

Banks are already starting to pass more of these costs onto businesses who accept cash and, as a result, growing numbers of small companies are now taking the decision not to accept cash at all.

So it’s not hard to look forward to a world where cash is expensive to get hold of and hard to use when you have it. And the impact of that would be felt hardest by those who could least afford it, or other vulnerable groups of consumers.

It was clear to our working group that this was not a problem that could be solved with a bit of tinkering around the edges. If we’re to protect cash – at least for the next 15 years or so as a minimum - we need to rewire the whole cash system, lowering fixed costs, and using some of those savings to support groups who banks have no economic incentive to protect.

What needs to happen

Our final report makes five recommendations – the most important of which is to guarantee access to cash for consumers for as long as there are groups that rely on it. That wouldn’t necessarily mean keeping an ATM in every community. There may be other solutions, such as better incentives for convenience stores to offer cashback. But there would need to be a body keeping tabs on where cash access had been lost, ready to step in and commission a solution where certain criteria were met.

The second recommendation is to ensure that if consumers have access to cash, they also have somewhere to spend it. And the focus here is on bringing down the cost of cash for businesses. As a starting point, we want the FCA to launch a market study into the cost of cash for small and medium sized businesses – ensuring competition is working effectively in those markets, and that businesses are not simply giving up on cash because the costs are getting too high.

To make the cost savings at the back end, the report’s third recommendation is for the Bank of England to works with UK banks on commissioning a new, more efficient shared cash infrastructure. This could save as much as £600m a year – savings which could be used by the banks to provide services to those customers it may otherwise have been forced to leave behind.

Importantly, the report does not take a view on whether the end of cash is a likely or desirable endgame. But it seizes on the importance of providing choice to those who currently rely on cash. To achieve that, it calls for the FCA and government to stimulate innovation to ensure that everyone in the UK can go cashless if they choose to – a point that we’re still a long way from today.

And finally, the report calls on the government to be the catalyst for all this work by having a clear policy on cash, and by convening the different financial regulators to ensure there is joined up oversight of the whole cash system – something that’s currently lacking.

Early signs are that politicians, regulators and banks all have the appetite to work together to secure the future of cash – at least for the next 15 years or so. But it’s crucial we don’t spend the next few years deliberating on whether to act or not. Although Brexit is slowing down progress in many areas, the report shows a clear way forward without needing legislation immediately. There’s no excuse not to get cracking tomorrow.

You can read the full Access to Cash Review final report here.