In the midst of a global pandemic, it's more important than ever to treat customers fairly. 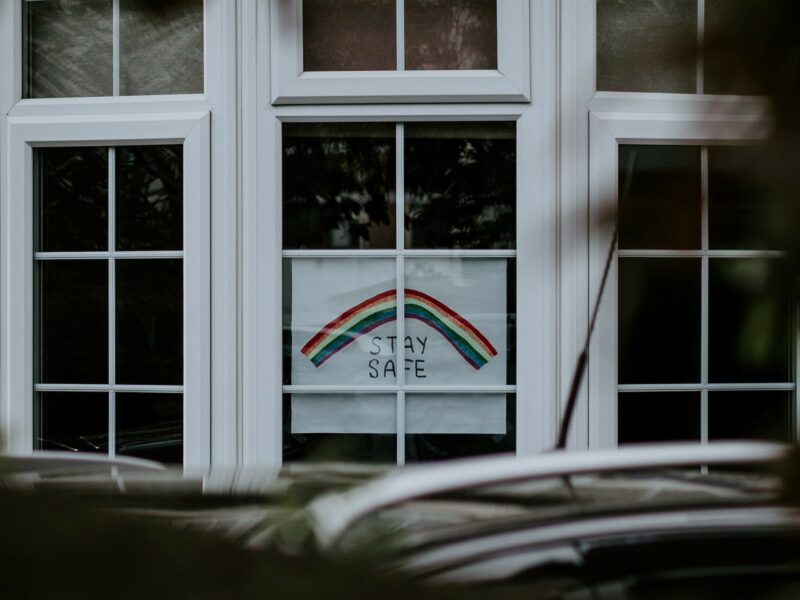 The last few weeks have been a truly extraordinary time for financial services businesses, presenting a series of moral and operational challenges that many were not prepared for.

Operationally, firms have had to make tough decisions about which staff to keep in the office, which to send home and which to furlough – with every one of those options coming with its own set of problems.

In parallel, banks have been ordered to offer forbearance to their lending customers, at the same time as being told to set up new lending schemes to support struggling SMEs.

Travel insurers and business interruption insurers have been deluged with claims – and left facing tricky decisions that could make the difference between their businesses surviving and failing.

Even those who have been benefiting from the pandemic – such as motor insurers, who are set to bag a windfall because of the fall in car accidents – have had tough dilemmas to contend with. Do you follow Admiral’s lead and start handing back money to your customers – and if so, how much, and when’s the right time?

When the lockdown began in March, many firms got the chance to roadtest their disaster recovery plans for the first time.

I think it’s fair to say that some companies were much better prepared than others – and when the current crisis is over, there will be a renewed focus on ensuring that businesses are better prepared for this kind of disruption should it hit again.

But the time for criticising companies’ preparedness is still some way off. For those that were not able to seamlessly move their business out of offices and into homes, there was – and still is – a need to be honest with customers about where service levels cannot be sustained. And firms need to think very carefully about where they do make temporary cut backs.

When the pandemic post-mortem is carried out in 12 or 18 months’ time, those firms who took government money when it wasn’t absolutely necessary will rightly be called out for it. Just as those who kept call centres running as usual – without providing safe conditions for their staff – will also be on the end of some criticism.

Most consumers are willing to cut companies some slack in the current climate. Everyone can relate to the fact that these are challenging times. But companies do need to explicitly ask for the breathing space they need. Those that pretend it’s business as usual and don’t deliver will find themselves on the end of a regulatory and reputational backlash when the current crisis clears.

Where the right answer is not yet clear, my advice to businesses would be not to rush into any decisions. Nevertheless, that doesn’t remove the need for clear communication with your customers.

If you’re a car insurer, for example, it’s almost certainly right that customers are given the right to reclaim some of their premiums. But Admiral’s decision to refund £25 to everyone was perhaps a little hasty.

For someone paying a four figure sum for their car insurance, a £25 refund feels a little insulting – and is likely to be only a fraction of what they’re owed.

But we won’t know how much to refund customers until we have a clearer picture of how the lockdown unwinds over the next few months. And the picture will be different for everyone.

Some people may not go back to their offices until 2021, and will barely get in their car this year. Others may be furloughed now, but end up commuting further to a different site once the lockdown is lifted.

In the case of health insurers, many private hospitals have now been taken over by the NHS to manage the response to the pandemic – and that means that customers won’t be able to get all the services that they paid for.

Nevertheless, only a minority of customers would have claimed in this period – even if it had been business as usual – and health insurers couldn’t survive if they refunded premiums to all their customers.

I think Axa PPP has got the tone about right here. It’s promised that it will refund money to customers if it sees a drop in claims paid in 2020 as a result of the coronavirus. But that’s not something it will know until next year – at which time it says it is committed to an independent audit to look at where things landed, compared to the previous year.

All insurers need to do at this stage is communicate that they plan to do the right thing. My guess is that at some point, the FCA will weigh in with some expectations of its own. But there’s an opportunity for the industry to stay ahead of that by plotting its own course out of this crisis – and seizing it as an opportunity to build trust with customers, rather than erode it.

Coronavirus is unlikely to do anything for the reputation of insurers as a whole. The business interruption and travel insurance disputes will string out for many months – and I think they will outweigh the good stories of insurers doing the right thing. But as we learnt from the banking crisis in 2008, people can dislike an industry as a whole, whilst still trusting their own brand.

That’s why it’s doubly important that those insurers who are willing to the right thing need to communicate that now – and perhaps go further still by providing bespoke support for those who are suffering the hardest at the moment.

As you’re making your decisions today, it’s worth pausing to think what they will look like with hindsight in 12 or 18 months’ time. Covid-19 brings unprecedented challenges for financial services firms but it also presents an opportunity to permanently change perceptions of your brand for the better.