If consumer charities can’t show constraint on high pay, how can we expect banks to?

News that Which?'s chief executive is to earn over £800,000 this year undermines its cause to create a fairer financial services market 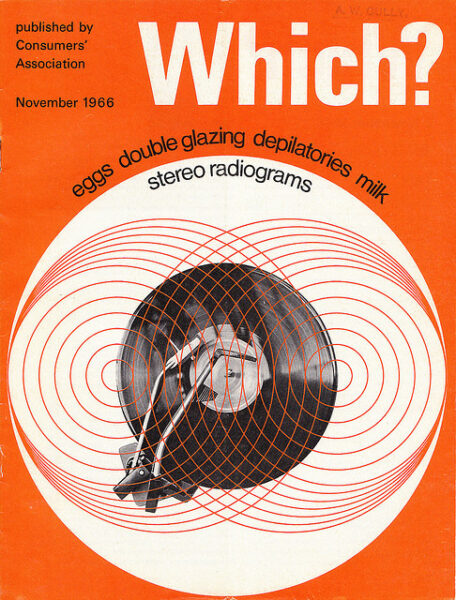 A few weeks ago, the consumer group Which? published its first ever mid-year review - revealing that the organisation is in rude health. It looks on course to turn over more than £100m in the 2015/16 financial year - and as a result, its executive team are in for a big pay day.

Chief executive Peter Vicary Smith - who has regularly earned over £300,000 a year over the past five years - will take home an extra half a million pounds, taking his total pay for 2015/16 to over £800,000. His commercial director and finance director will receive sums of a similar order.

Lord Young, who set up Which? in 1957, must be turning in his grave. Young was a left wing political activist and academic, whose credits include writing the Labour Party's 1945 manifesto, and playing a part in the launch of the Open University.

He set up Which? to try and better the lives of consumers - pushing companies to raise their standards, and holding them to account for bad practice. And while the seeds he planted have grown into a fantastic organisation, which does more than he might have ever dreamed, he would be appalled to see that so much of its proceeds now goes towards rewarding a handful of senior individuals. It goes against everything the organisation was set up to do - but perhaps more importantly, it also undermines its ability to stand up to big business.

I've long felt that much of the poor practice that has prevailed in financial services has been driven by poor incentivisation and disproportionately high remuneration. PPI policies and mortgage endowments were mis-sold because advisers had sales targets to hit.

These problems start at the highest level, with senior executives being given relatively short-term incentive plans, which can convert into enormous sums of money if targets are hit. A couple of years ago, the chief executive of Lloyds was paid over £11m in a year after successfully driving up the share price over a three year period. Such schemes set alarm bells ringing about the culture and motivations that sit within an organisation.

And now, the most unlikeliest of organisations has let itself be drawn into the same trap.

I worked at Which? for four years, and it's a great institution - full of people who are motivated to make a difference. But the tension between commercial and charitable interests was palbable during my time there - and it must be worse still now that rewards for a small number of individuals have become so high.

Most people who work in the charity sector accept that they will earn a little less than they may do in the private sector. They make that sacrifice consciously, because they are drawn by the values of the organisation that they work for - and they also don't feel they should be taking more money than necessary away from the cause they love. When charity execs start paying themselves like private enterprises, it's the clearest signal that the leadership has forgotten what they are there for. The incentive plans at Which? are now completely out of proportion for even a private sector company with a turnover of £100m - let alone a charity.

The counter argument at Which? will be that big pay cheques are needed to retain and attract the best. But Vicary Smith and his team have been accepting lower pay cheques for years - and accepted their jobs with no prospect of the kind of paydays that they are now enjoying. If they pleaded to the trustees that they deserved half a million pound bonuses, any sensible charity board would have sent them packing.

In search of ever sustainable revenue sources, Which? has begun to forget what it was created to do. Not so long ago, Which? used to carry out mystery shops of mortgage advice on the high street. It's something that it can't do anymore because it's got its own mortgage broker. Its commercial interests cloud its judgment in ever more areas.

Meanwhile, the backbone of the Which? business model is still bait and switch magazine sales - offering "free" advice guides in return for people's personal details and the chance to get them signed up to a trial subscription at a price that quickly becomes quite expensive. Its an incredibly negative business model - with much of the revenue coming from people who have forgotten to cancel.

Creating a sustainable business is important for Which?. If it doesn't make money in its commercial arm, it won't be able to do as much of its essential campaigning work. Since the closure of Consumer Focus, Which?'s importance is greater than ever. It is truly the national voice of the consumer.

But its commerciality must come second to its mission. And its commercial business model - and indeed remuneration model - must chime with the values that were enshrined by its founders.

The Charity Commission does not place any boundaries around how much charities pay their staff - but I wonder if it's time that they did. Charities are offered significant tax breaks - and those proceeds should not be finding their way into the pockets of their senior staff.