Read them carefully or risk being underinsured. 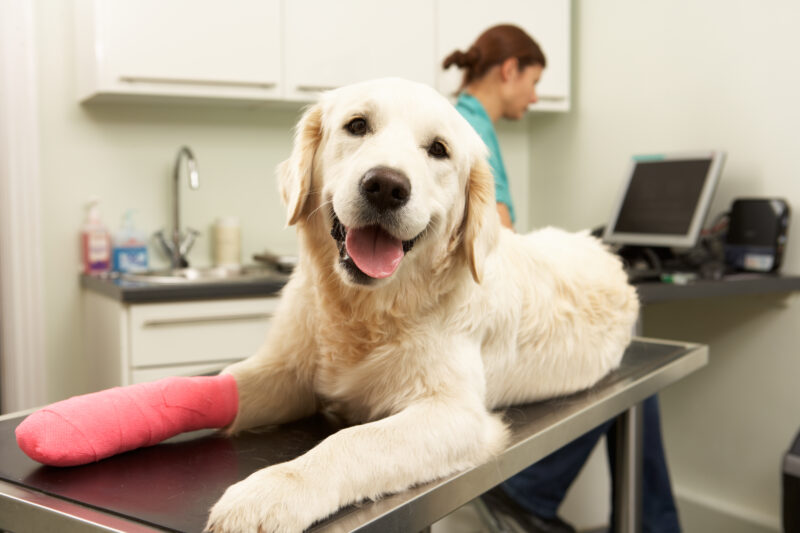 Owning a pet is an expensive business - or so I’m told (I don’t have any myself). Apparently, the cost of looking after a dog can run to upwards of £1,000 a year, and cats aren’t an awful lot cheaper.

If you get a pet, you might well think to budget for the cost of feeding them. It only amounts to a few pounds a day and might not sound too intimidating. But what about the costs of jabs, kennels or catteries when you go on vacation? And, heaven forbid, do you have any idea how much it costs to see the vet if your animal gets sick?

I think it’s fair to say that the cost of going to the vet is quite an eye-opener for most pet owners. It can be worse than getting the plumber round – and if your pet’s unlucky enough to get a chronic condition, there’s substantial ongoing costs to pay for medication. Just in case you were in any doubt, there’s no NHS for pets.

No wonder then that pet insurance has started to become ever more popular over the past few years. According to research agency Mintel, almost £1bn was paid in pet insurance premiums in 2015, and this is predicted to reach £1.6bn by 2021.

But before you rush into buying one of these products, it’s worth getting intimate with the small print. Many pet insurance policies can prove expensive and, worse still, won’t be there when you need them most.

Over the last few weeks, I’ve been getting to know the sector well – as my team has been compiling a new customer experience league table for pet insurance. It’s shocking to see how bad a job most companies do at explaining the limitations of their insurances. As is too often the case in financial services, all the effort goes into getting customers over the line and paid up. The learnings about the limitations come later.

One of the worst elements of these policies is the way that they deal with pets who develop chronic illnesses. As I’ve already said – vets’ treatment is expensive, which is not a fact that is lost on insurers. So many policies cap the amount that they’ll pay for treatment related to each illness the animal gets. Some of those policies reset that limit each year, but others won’t pay any future claims relating to that condition once the limit is reached, or the first year is up. So if your dog gets diabetes, you may find yourself on the hook for every penny of the vet bills and medication after your insurance has done its job its year one.

Some policies will cover you for the life of a pet – including any illnesses they get after you’ve bought the plan. But these policies get progressively more expensive as the pet grows older. This often means that pet owners are forced to cancel their cover when they need it most. And if you try to move, most insurers won’t cover your pet for their pre-existing condition.

Excesses in pet insurance are also much more complex and confusing than they are for other types of insurance. Rather than making a fixed contribution to every claim you make, some insurers also ask you to pay a percentage of the claim – a fact that’s very rarely well explained to customers.

Most policies also include a period of time at the start of the policy where they won’t pay for any claims – typically a couple of weeks. Presumably this is to avoid people buying insurance when they know their pet has a problem. But two weeks seems on the long side – and I can’t see any reason why they shouldn’t cover you for an accident that happens in that period.

More broadly, most pet insurance policy documents are – for want of a better phrase – a dog’s dinner. They’re riddled with random exclusion –  as this one, courtesy of PetPlan: “[We won’t pay for] the cost of any treatment in connection with a retained testicle(s) if your pet was over the age of 12 weeks when cover started.” Oddly specific. And in case you were in doubt – pet insurance won’t cover doggie acupuncture or hydrotherapy (I thought this must be a joke – but I’ve just googled it and this really does exist).

Thankfully, a fast growing market always attracts competition – and there are some new players on the circuit who seem to be playing a straighter bat than some of their competitors. Bought By Many launched a range of new pet products earlier this one – one of which offers a fixed premium. This gives customers the certainty that if their pet does get a chronic illness, they’ll still be able to afford the insurance premiums in a few years’ time. Some insurers, including Bought By Many, will also take on pets with minor pre-existing conditions.

As for our new tables – published next week - sadly, Bought by Many are not big enough to appear, as we don’t get enough sample size for them in our surveys yet. Surprisingly Argos tops our new pet insurance customer experience tables, with the animal welfare charity, PDSA, coming second. More Than and Churchill are also up in our gold tier.

Hopefully, increasing demand in this market will force companies to offer a better deal. But for now, the rules of the game remain the same as ever – do your homework, be on your guard. If you buy the wrong policy, pet insurance can add to the high cost of having a pet without providing much protection.

This article was originally published in The Telegraph on 16 September.