Now that Santander has lured several hundred thousand people to sign up to its 123 current account and credit card, it's putting the fees up 150%. It's a gutless move from a company that has made little progress in changing its culture. 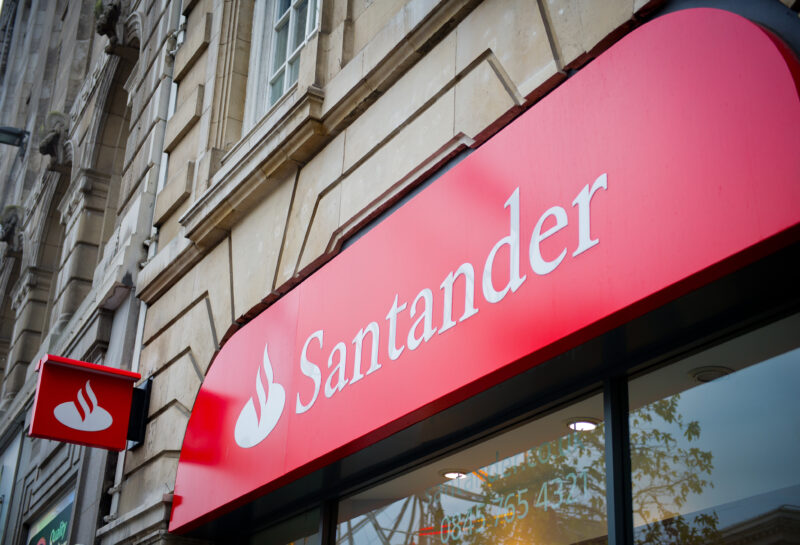 Ten years ago, when I worked on a national newspaper, letters about Santander's antics used to fill up my mailbag week after week. On one occasion, I remember devoting the entire letters page in our weekly personal finance section to Santander gripes.

In the late 2000s, things went from bad to worse. Santander's acquisitions of Alliance & Leicester and Bradford & Bingley created a headache for many thousands of their customers. Meanwhile, stories of investment mis-selling and mis-handling of probate or power of attorney continued to roll in.

During these years, it was none other than Antonio Horta-Osario, now chief executive of Lloyds, who was running the bank. Back home in Spain, he was hailed a hero - taking Santander's UK business to ever greater levels of profitability each year. And in the end, his reward was to bag the top job at Lloyds, handing Santander over to various members of the Botin dynasty.

In the years since Horta-Osario's departure, the bank has been on a crusade to persuade that it is ready to repent for its sins. And with the launch of its popular 123 current account in 2012, the bank started to gain an ever greater share of the bank account switching market. To give credit where it's due, 123 was a genuine innovation - and was rightly popular. But it did seem a little too good to be true.

Nevertheless, the new customers were much happier than the old ones. And when Money Saving Expert agreed to poll just Santander's 123 customers  - and omit the vast majority languishing in the rest of the bank's accounts - Santander soon found itself able to claim it was the most popular bank on the high street.

By now, with Jessica Ennis, Lewis Hamilton, and Rory McIllroy awkwardly fronting its ad campaigns, it was proudly declaring to the world that it was "Simple, personal, fair".

As I wrote on this blog at the time, I nearly fell off the treadmill at the gym when I first saw that advert. As I wrote at the time, banks that need to tell the world they are fair are generally anything but. And you didn't need to look very closely at the bank to see that not much had really changed since the mid 2000s.

Fairer Finance's ratings look - amongst other things - at each bank's record at the Financial Ombudsman Service. Back in 2011/12, more than 50% of banking complaints that went to the FOS were upheld in favour of the customer. And over the last four years, the bank has never managed to get that statistic any lower than 40%. In the latest figures from the Ombudsman - for the first half of 2015 - Santander once again saw more complaints upheld in the customer's favour than its own. That means that every time Santander rejects a complaint, it's more likely to have made the wrong decision than the right one.

It's been clear to me over the past few years that Santander has not changed culturally. Its increasing customer scores have been driven by the perceived value of the 123 account offering. But my fear was always that the 123 account was a loss leader - to get the customers in the door at any cost. It takes a lot to persuade people to switch their bank account - but once they've done it, they're unlikely to switch again in a hurry.

So now that Santander has several hundred thousand customers on the hook - it is increasing its 123 fees by 150%, safe in the knowledge that many people won't notice, and many more will put up with the increase because they can't face the hassle of switching again.

It was obvious that Santander were going to want its pound of flesh from customers at some point - but I have to admit I guessed they might go for a more stealthly approach than the smash and grab that they've announced today.

Santander is already towards the bottom of Fairer Finance's tables, but I imagine they will find their way back to last place again over the next couple of years. Those slots are currently taken up by the RBS brands. But I'm convinced that real change is taking place in RBS under Ross McEwan - the kind of change that has never been considered at Santander.

There's nothing illegal about what Santander has done. You might even call it good business. But in an industry that is deeply mistrusted by its customers, Santander has left yet another dent in the reputation of the entire banking industry, by acting exactly how people expect bad banks to act.