What does responsible look like when it comes to advertising credit cards?

In a competitive credit market, firms find it hard to resist the temptation to incite their customers to borrow money. But in doing so, they're crossing a line 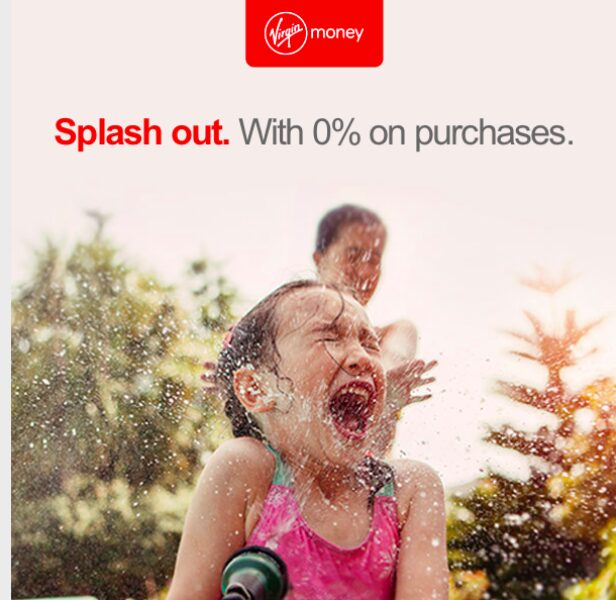 A few years ago, I wrote a blog about a First Direct loan ad - which ran under the headline "Splurge". I've added the ad in at the bottom of this blog, in case you've not seen it.

Advertising credit products is a tricky business - and firms constantly flirt with the temptation to encourage customers to borrow. But thankfully, since the heydays of Wonga, we haven't seen so much of that kind of advertising, as the regulator has made it pretty clear that responsible lenders need to steer well away from any messages that entice customers.

It's fine to let the world know that you offer credit products, and even to let them know your rates - but a line is crossed when firms start to encourage people to take on debt.

I'm a Virgin Money credit card customer, and this week, they emailed me an ad (above) not dissimilar to the First Direct one from a few years ago.

"Splash out" read the tag line. Unlike the FD one, there's no disclaimer letting you know that they're only joking. The clear message is to encourage you to borrow more.

A short while after writing my blog about First Direct, I was involved in an episode of Dispatches, helping someone who was deep in debt get on top of his finances. Everytime he approached his credit limits and was about to go bust, he got a letter saying that he was eligible to borrow a little more.

It's easy to quickly lose control over your finances once you get used to spending beyond your means and borrowing to make ends meet. And while the industry is better than it used to be, there are still too many examples of them failing to exercise the restraint that is expected of them.

I've long advocated for tighter controls around credit advertising. As my recent Virgin Money ad shows, firms can't resist the temptation to entice customers to borrow - and without much clearer rules around what you can and can't say, we're sure to continue seeing more transgressions.

Many firms that don't directly entice customers to borrow still focus their adverts on how quickly they can approve applications and get the money into customers' accounts. Sure, some customers will need a loan in a hurry, because of some kind of household emergency. But in many cases, credit decisions can and should wait. As I said in my last blog, it's easy to get into debt and much harder to get out of it.

The industry has been given the chance to prove that it knows where the line is - but I think it continues to fall short in how it advertises credit. It's time for some tougher rules.