What’s a fair penalty for a mistake?

Airlines, credit card companies and train operators revel in the business of handing out enormous penalties to customers who make a mistake. It's got to stop. 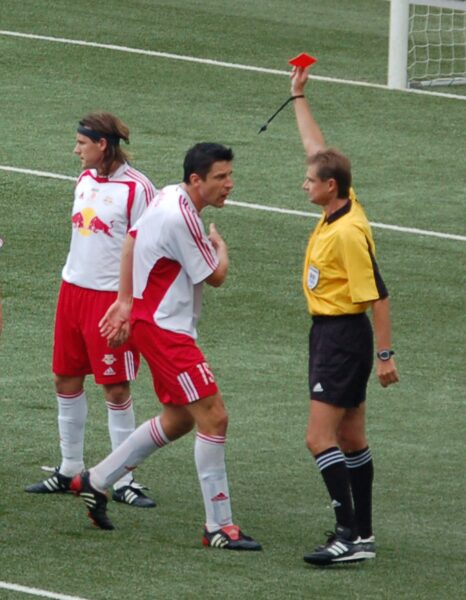 Penalties are an important tool in world of rule enforcement. If you make a bad tackle in the 18 yard box on the football field, it seems fair enough that your opponent gets a free shot against your goalie - which more times than not is an automatic plus one to their scoresheet. Similarly, if you park your car on a double yellow line, you can get a ticket and a £100 fine.

In the right context, penalties are effective. Having had my car towed, and received numerous parking tickets over the years, I now take great care before I leave my car anywhere - checking signs and even using apps on my phone to be sure that I'm parked in a place I'm allowed to.

But while I feel comfortable with the Police enforcing the rule of law, and even comfortable with Council Officers enforcing local parking rules and regulations, it's never so straightforward when private companies are handing out the penalties.

Until very recently, the cost of accidentally slipping into an unauthorised overdraft with your bank could be exorbitant. People quickly racked up charges of hundreds of pounds. Likeiwse, those who type their name incorrectly when booking a budget airline flight can end up paying up to £160 to get it corrected.

Or - as Passenger Focus, the train customer watchdog, seized upon earlier this week - rail companies will regularly make you buy an entirely new top-priced ticket if you're unable to present all the right documents when they come round on the train. I experienced this one first hand yesterday, when I mistakenly only printed out my return tickets at the station on the way to Cardiff. Although I'd already paid £65 for my ticket - and had email proof of the purchase - the guard forced me to buy a new ticket at a cost of £109, and seemed to delight in the fact that he'd bagged another victim.

I'm fine with companies using penalties to protect their business - but they must be used fairly and designed to cover the company's costs rather than abused to take advantage of customers' honest mistakes.

If I misspell my name while booking a flight, I shouldn't be charged over £100 to put it right. If there's a cost to the company  of me making the change, then by all means pass on that cost. But don't treat me like a criminal and rip me off as well.

Whose fault is it anyway?

In many cases, companies use these fines to disguise their own inadequacy. In the case of train companies, there's no reason why tickets could not be electronic by now. Each ticket could have a unique bar code, which would ensure each it could only be used once. So in the situation I found myself in yesterday, the guard would merely have needed to type in the bar code from my email and could have verified that my ticket had not yet been used - no fine necessary.

Airlines could allow customers to make changes to their bookings online. And banks could show more leniency with customers who make a mistake.

Credit card companies are some of the worst offenders in the financial sphere - often removing people's 0% deals if they miss a payment or two. Given that card companies are perpetually moving their payment due dates around, it's all too easy to trip up. But the penalty is disproportionate. If you've got £5,000 on a 0% card, and you're suddenly switched back to the full APR, you could find yourself owing £1,000 in interest by the end of the year.

Yes, train companies need to deter fair evaders, and credit card companies need to ensure that their customers stick to their agreements and make payments when they're meant to. But in too many cases, these companies use genuine errors as an opportunity to profit. Shareholder owned companies, in particular, find it hard to resist.

Don't treat us like criminals when we make a mistake

I enjoyed Passenger Focus's report on this topic immensely - worth a look if this is the kind of thing that gets you annoyed. Hopefully, it will lead to a change in the Conditions of Carriage rules - and fairer treatment for train customers.

In the world of finance, the regulator is tackling these injustices one by one. Overdraft charges are much lower than they once were, and an investigation into the credit card market is ongoing.

And the airlines? Well, they continue to get away with it. Let's hope they're next.