There's a lot of ways to gauge customer satisfaction. I give my views on Net Promoter Score, Customer Satisfaction Score, and Customer Effort Score to decide which one is best. 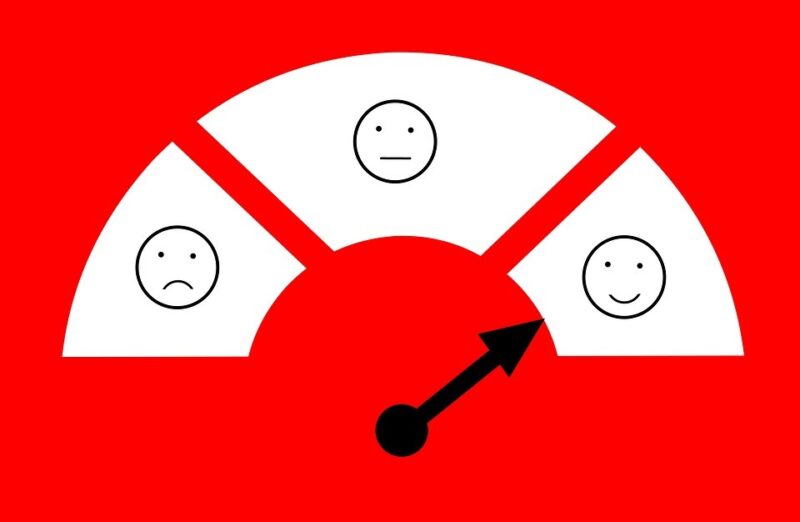 I was recently looking into getting a new phone online and was trying to do some research to find out if there is really any difference in smartphones nowadays (I’m aware I sound super old, thank you). After about half an hour there was only two things I had learnt: 1. Cookie requests are one of the worst things to happen to the internet in years. 2. Online users are constantly asked for feedback.

“How happy are you with your experience today?”, “Overall, how satisfied were you with the product/service?”, “Would you recommend us to your friends and family?” This ‘rate me’ culture is relentless.

However, what did surprise me was the variety of questions asked. So, is there a ‘best question’?

NPS is measured by asking people ‘On a scale of 0 to 10, how likel is it that you’d recommend our organisation to a friend or colleague?’. The score is derived from subtracting the number of Detractors (those scoring 0-6) from the number of Promoters (9-10).

My big problem with NPS is how people interpret it; it does tell you something, but it’s not the holy grail. Even Fred himself said in his article that NPS doesn’t really work for some industries, and doesn’t predict growth in industries dominated by a few players or where consumers have little choice.

CSAT is designed to measure how companies meet or surpass customer expectation. If expectations are met or succeeded customers are happy, if not then they’re unsatisfied. It’s generally a crude measure but it’s very easy to ask and interpret. It is calculated by dividing the number of customers who responded as “satisfied” by the total surveyed then multiplied by 100 to get a percentage.

However, satisfaction is highly subjective and short-term – potentially only reflecting how that customer feels that day. it doesn’t really measure longer term loyalty.

CES is a supposed to measure satisfaction by assessing the amount of effort a customer has to make when interacting with a business or buying a product. The theory is that the less effort a customer has to put in when engaging with a company, the happier they’ll be. It has been shown to be an effective measure of future purchase behaviours. CES is measured by subtracting the percentage of customers who say the process was difficult from those who said it was easy. It essentially gives you a net ‘easy’ score. Unlike NPS and satisfaction there isn’t really standardisation for the answer options for this question. Some ask on a three-point scale (‘Easy’, ‘Neither’, ‘Difficult’), some four, some 7 – it varies massively.

It is generally a good measure but has similar problems to the ones mentioned for the other measures. Also, in some sectors ease isn’t necessarily a good thing. Speeding customers through a purchase journey would get a great CES but this only tells you how slick that journey is - not whether it’s the right product or if the customer understands what they’ve got. I think this measure works better for certain sectors, such as FMCG and retail.

In our Insight Portal, we now record NPS, CSAT and CES for the vast majority of financial services providers in the UK (some examples below). I had a look to see whether these three metrics were measuring the same thing.

Looking at the data we have from polling bank account customers across the whole sector (a much larger data set than the table above), NPS and CSAT correlate highly suggesting they are measuring something very similar if not the same thing. Interesting, CES correlates much less with both CSAT and NPS suggesting it measures something different, which is kind of what you’d expect – effort might be the cause of satisfaction but is simply a different thing. Similarly, the likelihood of someone recommending your brand/product is a potential product of satisfaction, and not satisfaction itself.

So, which one should you ask customers?

Whilst they’re all limited in what they tell you, one of their greatest tools is for measuring change. Keep monitoring them and if you see movement then try to understand why. It matters less that your NPS is 10%, but that it has decreased 3% in the last 6 months. Understanding the causality of movement in any of these metrics is the most important thing.