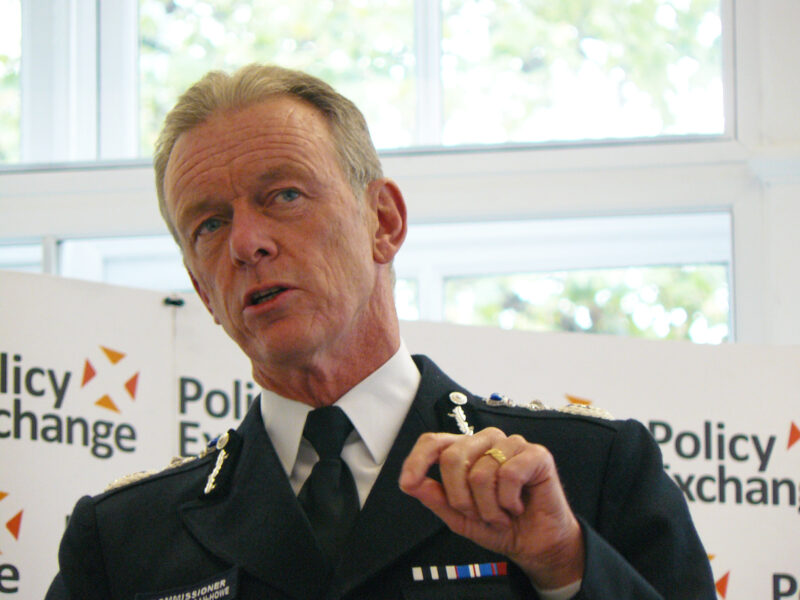 Fraudsters take almost half a billion pounds a year form people's bank accounts in the UK - an astonishing sum of money. Thankfully, for many years the rules have made it clear that unless banks can prove that the fraud has been caused by customers' negligence, then they must refund the money.

There are a number of good reasons why banks bare this cost and not consumers. Without wanting to be melodramatic, there's a strong case to be made that without such a safety net, confidence in the entire banking system would collapse.

It people felt they were putting themselves at risk of losing a large sum of money every time they pulled out our their bank card, they'd think twice about ever doing it. And why would anyone ever use internet banking if there was even the smallest chance that it could result in their entire bank account being emptied?

Yet last week, London's most senior police officer, Sir Bernard Hogan Howe, made the surprising suggestion that customers should start sharing the cost of fraud with banks - and be forced to take greater responsibility for their own actions. So, for example, if they didn't invest in the latest virus software, or didn't use secure passwords for their banking logins - they would be left to live with the consequences if a fraudster got hold of their money.

In essence, his assertion was that the current system rewards customers for making mistakes - which to some degree is true. But the idea that the way to tackle fraud is to meter out potentially life changing penalties to customers for their misdemeanors is ludicrous.

If I get a £50 ticket for parking in the wrong place, it's a stiff reminder that I need to check the local parking rules before I ever leave my car anywhere. But if the local Council had the right to confiscate my car and keep it forever, I'd think twice about ever leaving it anywhere.

Once a fraudster has cleaned out your bank account, it's too late to learn the lesson about taking care with your online security. Sure, if they've only taken a small sum, then maybe Sir Bernard's theory works. But if they've cleaned you out, that's not something they're going to be able to do to you again. So learning your lesson is not going to have any impact on overall fraud levels - as next time the victim will be someone else.

There's a broader point here as well. Frausters are often well resourced and have incredibly sophisticated technology or techniques to steal people's money.  The only chance you have of stopping them is by putting the significant resource and expertise of the banking industry up against them.

Leaving banks with the bill for fraud gives them an incentive to create new security systems which crack down on the problem. Increasingly we're now seeing the use of biometric security systems in banking - technologies that may never have been invested in if banks had no responsibility for fraud.

The Police too have a role to play in catching fraudsters - something that by all accounts they're not very good at. I'm not suggested that's the fault of the London Met chief. The Police have never been given the resources they need to do a serious job at cracking down on fraud.

But if Hogan Howe wants to see fraud under control, he'd be better placed making a plea to his paymasters for more resources. Or putting more pressure on the banks to step up their game.

If he were to get his wish of consumers being left to foot the bill, the amount of fraud would only rise.