Many providers still struggle to create clear and simple documents. Could technology provide the answer? 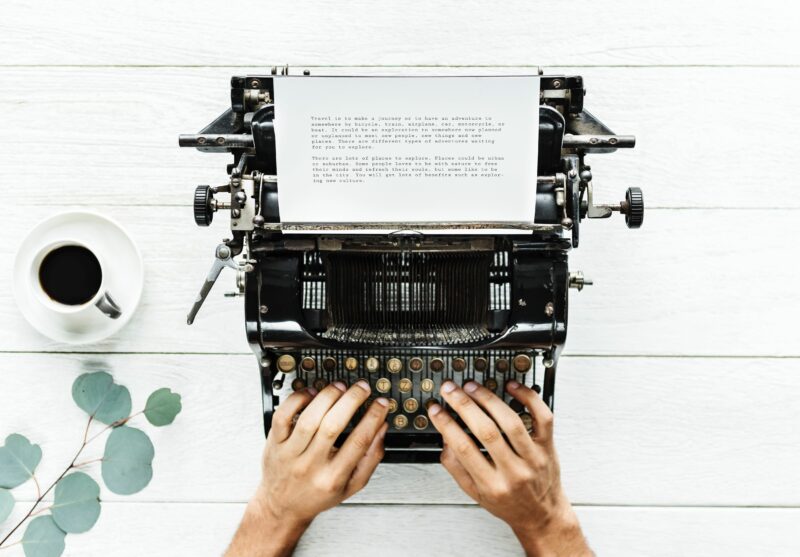 It’s an unspoken truth in financial services that customers tend to not read terms and conditions. Research from Deloitte states that 90% of consumers agree to terms without reading them.

A lack of financial literacy means consumers often don’t fully understand the products they’re buying - and terms and conditions do little to help this. They’re usually written in a way consumers don’t understand, and use terms that they aren’t familiar with.

Because of this, attitudes towards terms and conditions have been changing in recent years. What were once seen as legal contracts are now viewed as product explanations.

Why complex won’t cut it

In 2014, the Financial Conduct Authority launched its Smarter Communications initiative, making it clear that it was not ok for companies to continue in this way. And since then, we’ve worked with a number of banks and insurers who are up for the challenge of writing their technical documents more clearly.

A handful have even risen to the level of our Clear and Simple Mark – an endorsement which recognises clarity in both the language and design of documents. When we launched the mark back in 2015, not a single document that we could find passed our criteria.

Now for something completely different

Most companies still have a long way to go, but one innovative US provider – Lemonade - has decided to try and move the whole industry forward at once. Having replaced its 20,000 word legal contract with a new interactive 2,000 word product manual, it decided to go one step further and make the document open source. Lemonade’s Policy 2.0 is free for any other company to use – essentially laying down the challenge to other companies to follow in its footsteps and communicate more clearly.

This extract sums up this advancement:

“This policy covers your stuff, up to a limit of $10,000 per year, for damages caused by fire or smoke, theft or vandalism, burst pipes or appliance leaks. Everything else, such as “I lost it,” “my dog ate it,” “my kid dropped it,” “my power went out,” “my computer died,” “my roof is leaking,” “I overfilled my bathtub,” or “I had a wardrobe malfunction,” aren’t covered. You can add coverage for some of these here.”

The language is clear and conversational, and real world examples are used to enhance consumer understanding of the cover provided. On top of this, consumers can add in specific cover and limits as they go through.

Customers, competitors, regulators, and shareholders can edit the policy at will. Essentially, this is a living, breathing, ever-evolving and improving policy document that everyone can work on together. It’s a massive advancement in terms of industry thinking around terms and conditions, and opens up a number of possibilities for much needed improvements.

But how does this stack up against our Clear and Simple criteria? First of all, this document is far better than the majority in the market, including Lemonade’s previous version. The reading grade has been reduced from 13 to 8.3 – from university level to early secondary school level.

A lot of jargon has been cut out, and the design is a step up from their previous document.

But there are important improvements that could be made. Certain parts of the document stop it from meeting our Clear and Simple criteria, for example:

“For this reason, both you and us commit that disagreement related to this contract will be settled by arbitration, administered by the American Arbitration Association, in accordance with its Commercial Arbitration Rules, and judgment by the arbitrator may be entered in any court of appropriate jurisdiction.”

While other parts are easy to understand, this part clearly isn’t. This is an example of how the document can shine in most places, but fall flat in others. This extract sums up well the two sides of this document:

“We do not cover intentional damage by you, nor losses that could have been foreseen or prevented by you through reasonable steps. So if damage like this has happened before and you haven’t fixed the problem fully, that’s on you.”

The first sentence in this clause is complex, but the second sentence isn’t. We’d rewrite this as:

“If you’ve damaged something on purpose then we won’t cover it. The same goes if you could’ve seen that a problem would happen, but you did nothing about it. For example, if you knew your roof was leaking but didn’t get it fixed, we won’t cover damage caused by the leaking.

So it’s up to you to keep your property in a good state. If damage to your property happens even though you’ve done this, we’ve got you covered.”

While the design is good, there’s still more that can be done there too – and that’s a challenge that we’re throwing back to Lemonade. More could be done to create a hierarchy of information, and the use of colours and graphics would make the document more visually engaging. Some clients we’ve worked with have taken the design aspect much further, such as this example from TSB:

Is this the future?

This a bold step from Lemonade, and one to be admired. It demonstrates how radically different policy documents can be with the use of technology and innovative thinking.

But the basics of a great document – simplicity of language and clarity of design – must remain consistent throughout. The template must be a shining example of what’s possible for the benefits of open-sourced changes to be fully realised.

Although we’d love to see companies borrowing from this new model document, I imagine the reality is that most will still want their own internal underwriting teams to pore over it. Nevertheless, it can still act as inspiration.

We know from our work with insurers that it is possible to create documents that are clear – as well as sound from a legal and underwriting perspective. Anything that helps get insurers stepping up to the challenge of communicating clearly gets the thumbs up from us.