FCA lets car insurers off the hook on lockdown refunds

The regulator has issued new guidance calling on insurers to review the value of their policies in light of the lockdown. But it appears to provide a get out for car insurers who are in for a bumper year. 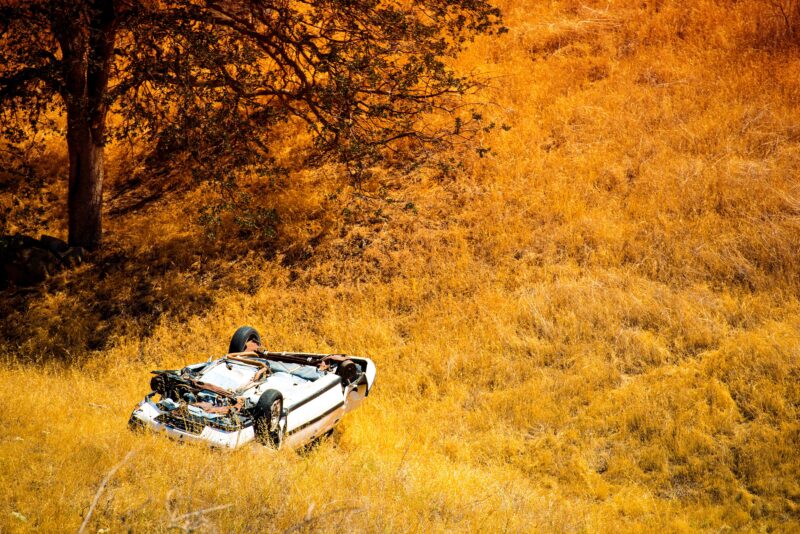 The Coronavirus crisis has created both winners and losers in the financial services industry over the past few months. While business interruption and travel insurers have been deluged with claims - and banks have been busy granting mortgage payment holidays and interest free overdrafts - motor and pet insurers have been enjoying a quieter time.

Under the interim leadership of Chris Woolard, the FCA has been on the front foot throughout the recent crisis. Early on into the lockdown, it made its expectations on lenders clear, asking banks to give customers some breathing space.

And in the world of insurance too, it was relatively quick to step in and try to resolve issues around disputed business interruption claims, helping to provide certainly to the great number of companies that have been struggling in this unusual time and don't know whether their insurance will pay out or not.

As for other parts of the insurance market, the FCA let the industry know that it was watching - and expected companies to do the right thing. By the start of May, it had launched a short consultation on what it might expect in more detail.

And today, it let insurers know that, within the next six months, they must evaluate whether their customers are still getting good value from their insurance in the current crisis. If there are elements of service that they are no longer able to provide because of lockdown - for example, boiler servicing that has not been available because of contractors moving into standby mode - then it has said it expects insurers to be looking at ways to compensate customers.

Likewise, it has said that if the risk of certain products has materially changed because of coronavirus, then it also expects them to look at rebating some of their customers' money. The example it gives this time is public liability insurance for businesses like hairdressers which have been forced to stay closed.

This all feels like the right thing to do. Insurers generally write business for a year at a time - and if the customer's circumstances change mid-year, it's incumbent upon them to let their insurer know. If the changes mean their risk has increased, there's usually an extra premium to pay. So it's right that if an insurer's risk has reduced materially for all its customers because of the pandemic, it shouldn't just take windfall. Some of these excess premiums needs to find their way back into customers' pockets.

Car insurers off the hook

What's odd about the FCA guidance is that it seems to give a clear carve out for motor insurers - who will undoubtedly see a windfall this year with far fewer journeys on the road as people stay at home.

In its statement today, the FCA writes: "This guidance does not create an expectation that firms should reassess the value of policies at a policy level because of coronavirus where claims are still generally possible but the likelihood of a claim may have changed, eg reduced car usage."

I'm not sure I understand why it makes this distinction. If you bought your policy in January on the basis that you would drive 20 miles to work each day - and now you are furloughed, or told that you'll be expected to work at home until the end of the year - then your risk level will have materially decreased.

Yes, there's still a risk that your car is stolen, so you shouldn't have your whole premium refunded. But theft accounts for a much smaller part of people's premiums than the cost of personal injury claims.

Car insurers should be refunding premiums to all those customers whose mileage has significantly decreased - or at least giving customers the chance to make a claim for a refund. And a number of insurers are doing just that. But many are not. And I wonder if Admiral will now be kicking itself for committing to hand back £110m to policyholders back in April - at which point it looked like it was ahead of the curve.

It's bizarre that the FCA has decided to let insurers off the hook here - and I hope that peer pressure means that many more will follow in Admiral's spirit (albeit I'd rather see a more targeted approach, ensuring that those who pay the most get the largest refunds).

Health insurers in the spotlight

But while car insurers may be off the hook, health insurers are not by the looks of things. As the FCA points out, those who are paying for private medical insurance may have been frustrated that they haven't had access to the full suite of services over the past few months - as private hospitals were taken over by the NHS.

Anyone who made a claim and was unable to get treated in a timely manner should indeed be compensated for their lack of service. They didn't get what they paid for. But for those who didn't make a claim, I'm not convinced any refund should be due. The pandemic amounted to a temporary outage in the service - which didn't impact the majority of customers. Health insurers are unlikely to make a windfall from the current crisis - and forcing them to refund premiums to all customers would be harsh.

It seems to me that Axa PPP's promise to independently audit the outcome at the end of the year - and to hand back any reduction in claims compared to the previous year - is a reasonably sensible approach. Only those who made claims and didn't get what they paid for deserve something more.

As for some other types of insurance, this is a moment to reflect on whether they are offering good value at all - not just now, but ever. Most wedding insurance policies have been exposed as a massive waste of money in the current crisis. While many poor quality travel policies are being shown up as not being worth the paper they were written on.

Once companies have carried out the FCA's assessment of value (something Fairer Finance can help with if you're looking for independent external input), I hope the FCA will be following up with those who inevitably can't make a persuasive case. The insurance industry has a mountain to climb in rebuilding public trust - and we should use this crisis as an opportunity to purge those companies who are giving the market a bad name.