The FCA has announced plans to force savings providers to get rid of accounts paying derisory rates. But it's unlikely to have much impact, and there are bigger battles to be fighting. 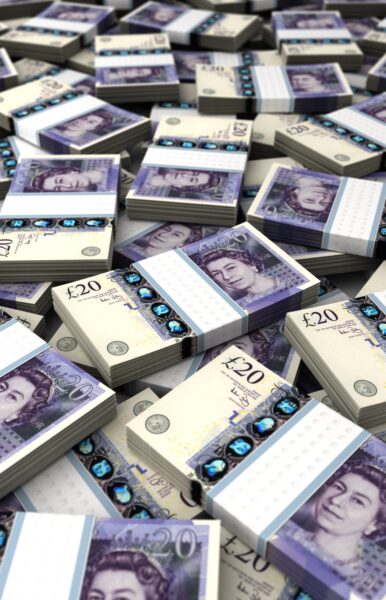 We're all sick of rock bottom savings rates. It's been 11 years since the Bank of England base rate was cut all the way from over 5% to just 0.5% in little more than a year. And in the intervening decade, rates have stagnated at that level, briefly touching 0.25% before making their way up to today's heady heights of 0.75%.

To add insult to injury, during these years of famine for savers, a number of banks have become quite fond of playing the bait and switch game. This is where savers are tempted in on high rates, only to find themselves on a poor rate once their offer ends. Banks then rub salt into the wounds by slowly whittling down those already poor rates to almost nothing.

Some banks still have dozens of these so called "superseded" accounts, which are now closed to new business and pay paltry rates of 0.05% or 0.01%, seemingly mocking their fancy names like Diamond Saver or Liquid Gold.

Everyone loves a bargain

No one much likes the game that banks have played - but let's be honest, most of us do like a bargain when we can get one. And that's what these accounts once offered. In most cases, the fact that the generous rate would end and revert to something less appealing was made pretty clear to customers when they opened their account. So it's not unreasonable to assume that a large number of those who still have money in these accounts know they could do better if they switched.

But they choose not to because in this low rate environment, many think it's not worth the hassle given the small reward.

Undoubtedly, there will be a minority who remain blissfully ignorant about how bad a deal they are getting - and would move if they knew or were able.

Nevertheless, it's worth putting this problem into context. The average savings pot in the UK was about £2,700 back in 2015. If that's how much you've got in your account and you're on the rock bottom rate of 0.01% then you're currently making 27p a year in interest.

However, even if you were on a more reasonable rate of 0.25%, you'd still be only making £6.75 a year. At that rate, it would take you over 42 years until your savings made it past £3,000. And during that time, inflation would have more than halved the purchasing power of your pot (assuming inflation was running at a modest 2%).

While I lose plenty of sleep about problems in the financial services industry - the savings market has never been an area that’s troubled me. While some people could surely be doing better, the barriers to switching are low and competition works pretty effectively.

The FCA, however, seems to take a different view. Indeed, it’s been making noises about its discontentment with the loyalty penalty in the savings market for years – first raising the issue in a market study back study seven years ago.

On the upside, this will instantly do away with the swathe of superseded accounts that are still paying savers a paltry amount of interest. Once your offer period comes to an end, there will only be one option for where your money goes – and banks won’t be able to slowly whittle that down, without doing the same to all savers in their instant access accounts.

But as you might have heard, banks aren't charities. And if the regulator forces firms to improve rates for old customers, banks will inevitably find ways of replacing that lost income elsewhere - most likely by reducing rates for newer customers.

What is aggregate harm?

When I was reading the FCA’s consultation paper yesterday, I was stunned when I got to this line: "We recognise that the harm per individual is low, but we consider that the aggregate harm warrants intervention."

Read that back a few times - and then tell me what aggregate harm is? Aggregate harm is nothing. It's a concept, a statistic. Individual harm is real - and if the regulator is admitting that individual harm is low, then why is it investing so much time and effort in intervening. It becomes more of a war on the industry than a realignment of the rules for the benefit of consumers.

It says that its measures will result in a one off cost to the industry of £94m and an ongoing cost of £35m.

I'm not particularly hardened against the proposals. What annoys me most is that there are so many more areas the FCA should be tackling where the detriment to consumers is significant.

While the FCA has been working on its savings study over the past year, the Woodford crisis was unfolding in front of its eyes - and the reaction has been slow. In the credit card market - where bait and switch is just as prominent - it's the poorest customers who subsidise those who use long balance transfer offers without paying a penny. But the FCA chose not to tackle this problem even though it only recently completed a credit card market study.

In insurance, the race to the bottom on price is leaving many customers with policies that are not worth the paper they're written on. In banking, APP scams are on the rise and the measures to protect consumers have not gone nearly far enough yet.

The list goes on. And in all of these cases, the level of detriment to individual consumers is tangible – sometimes life changing.

So the news that the FCA is on the verge of forcing the banking industry to pay up £100m and then an extra £35m a year to fix a problem that isn't really a problem is maddening.

Back in 2018, we wrote a report urging the FCA to go further with disclosure remedies in the savings market - rather than doing anything heavy handed. By disclosure remedies - we just meant better use of letters, emails, text messages and phone calls to ensure that customers on poor rates know that they could be doing better, and know how to switch.

We’ll be making that case again in response to this latest consultation. Let's hope it ditches this idea, and gets banks to put that £100m into an area that will have a tangible impact for consumers.