The funeral industry could have done more for the 46,000 Safe Hands customers who are set to lose their money 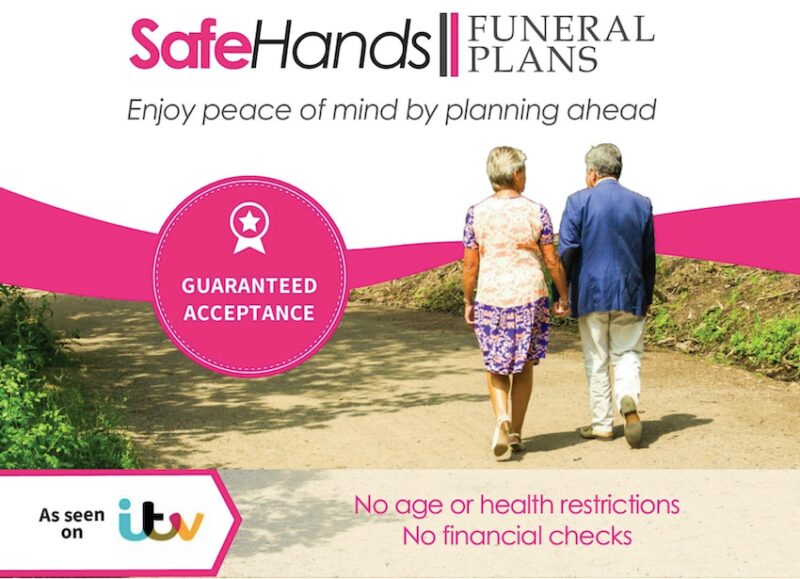 Funerals are an expensive business these days – even if you’re not planning a state affair at Westminster Abbey. Starting prices for a basic funeral in England are now close to £3,000. And if you’re looking for all the bells and whistles, it’s easy to spend upwards of £5,000.

As a result of these rising prices, more people have begun to buy prepaid funeral plans – which allow you to buy your funeral at today’s prices, as well as remove some of the administrative burden from your loved ones when you die.

Unfortunately, until 29 July this year, the prepaid funeral plan market was unregulated – and over the last decade or so, the number of plans sold grew quickly, fuelled by a new breed of firms that were not always focused on offering good value. The worst of these was a firm called Safe Hands, which went bust in February, leaving around 46,000 planholders to discover that there may only get back as little as 10p of every £1 they gave to them.

It's a particularly sorry story because the problems with Safe Hands were known many years ago. My organisation, Fairer Finance, led the campaign to get the funeral plan market regulated in 2017. And in meetings with the Treasury and Financial Conduct Authority back then, we mentioned serious concerns about the way Safe Hands was conducting its business.

While the government did push forward with plans to introduce regulation – neither the Treasury nor FCA did anything to put a stop to what Safe Hands was up to.

While I’d assumed that Safe Hands would continue acting badly until regulation was introduced, it surprised people by seemingly cleaning its act up. In 2020, it sold itself to a private equity firm, months after being granted admission to the sector’s voluntary regulator – the Funeral Planning Authority (FPA). It also brought in a new reputable executive team

Unfortunately, this apparent clean-up was the beginning of what now looks to be an even bigger fraud. The new owners invested the Trust’s money in a range of high risk, illiquid assets – pulling the wool over the eyes of the new management, who believed they were putting the business on a stable footing.

Admitting Safe Hands into the FPA was perhaps the biggest mistake – as it gave the world false reassurance that Safe Hands really had changed. The members of the FPA had also been conned – and when they were given a vote on whether to admit Safe Hands, they waved it through. In doing so, they bound Safe Hands within their promise that if any FPA member failed, the other members would stand by to support customers.

Sadly, when the moment of truth came, the majority of FPA members couldn’t wash their hands of this responsibility quick enough. Admirably, Dignity, one of the sector’s two largest firms, agreed to carry out any funerals for Safe Hands customers at no extra cost during the first six months of the administration. However, this was only ever designed to be a short-term fix while a longer term plan was put in place. And that deal will cease at the end of this month.

Over the summer, we made some efforts to try and convene a cross-industry solution – and I remain confident that this would have been achievable with some government co-operation. However, a lack of willingness from most providers – combined with the collapse of Boris Johnson’s government – made it impossible to pull this together.

Instead, the administrators – FRP – accepted discounted offers from providers, which have now been sent out to Safe Hands customers.

The Dignity and Co-op offers

We were keen to be part of this process too – to scrutinise the offers, and to make sure that customers were given the very best solutions they could be. But after some initial engagement with FRP, they soon stopped talking to us about the concerns we raised.

Predictably, the offers that were sent out to customers at the end of last month were not great. To give some credit to Dignity – a listed company that has had a torrid few years on the markets – the discounted price for its very cheapest package is generous. For customers who need the lowest cost solution, it is offering a direct cremation for £647 – around a third less than any price available in the wider market. Given that Safe Hands customers will all get something back from the administration – that will mean they have a credible option that will cost only a few hundred pounds on top of what they reclaim from the administration.

Dignity is also offering a basic attended funeral for £1,247 – although this does not include the cost of cremation, doctor’s fees or a minister or celebrant – all of which could double the total depending on where you live in the UK. Nevertheless, it offers a basic all-in option for £1,944 – which includes all those extras.

In contrast, Co-op Funeralcare – part of the UK’s largest co-operative organisation – has a lowest cost option at just £1,885 – which does not include doctor’s fees or minister/celebrant fees – which are likely to add a minimum of £350 to the total, taking it up to around £2,235.

Although funerals are expensive, the cost of a large funeral business carrying out one extra funeral is nothing like the price they charge. Co-op doesn’t own crematoria – but it can buy cremations from third party providers for around £300. The cost of a celebrant or minister is in the region of £200. The wholesale cost of a basic coffin can be as low as £50. The cost of doctors’ fees for cremations is £164. After that, you are paying for the energy and petrol costs – and not much else.

Yes, these businesses have significant fixed costs – mostly property and people. But if all of this infrastructure is in place and you have a gap in your schedule – the cost of that one extra funeral could be as little as £700.

It’s true that we are living in an inflationary environment – and prepaid plans promise delivery of funerals that may not be carried out for 10 or 20 years.

But the gap between the true marginal cost of a funeral – and the offers that were made by Dignity and Co-op is too large – and a very long way from the commitment FPA members made to stand behind any failed provider.

Time for the CMA to step back in

For me, the whole episode underlines the need for the Competition and Markets Authority to continue its work in the funeral sector. Before the pandemic, its market investigation concluded that competition wasn’t working effectively. However, it held off on any significant intervention due to the strains that the pandemic was putting on the industry.

With covid moving into the rear view, it’s time for the CMA to pick up its work again.

There’s also a case to be made for the administration process to be looked at in circumstances such as these. In the final analysis, the only winner of this debacle is FRP – who walks away with a seven-figure sum for its efforts. While I’m confident that a better deal could have been brokered for consumers, a lack of proper accountability in the process increased the likelihood of a poor outcome.

Those who continue to offer pre-paid funeral plans are thankfully now under full FCA regulation. And under new rules that apply to all financial services firms, they will need to prove that they are offering fair value to their customers. This will certainly ask some challenging questions of the sector.

Regulation should have been an opportunity to build confidence in pre-paid funeral plans – which I still believe in principle are good products. Unfortunately, the collapse of Safe Hands and the industry’s inadequate response is likely to set the market back – rather than help it prosper.

The Treasury and FCA must also be held accountable for their role in this saga. If they had acted when concerns were raised in 2017, many of these losses could have been prevented.

Although the Safe Hands administration is nearing its conclusion – the story is far from over.