Buying event tickets can be a rollercoaster ride. Here's how to strap in and not get injured 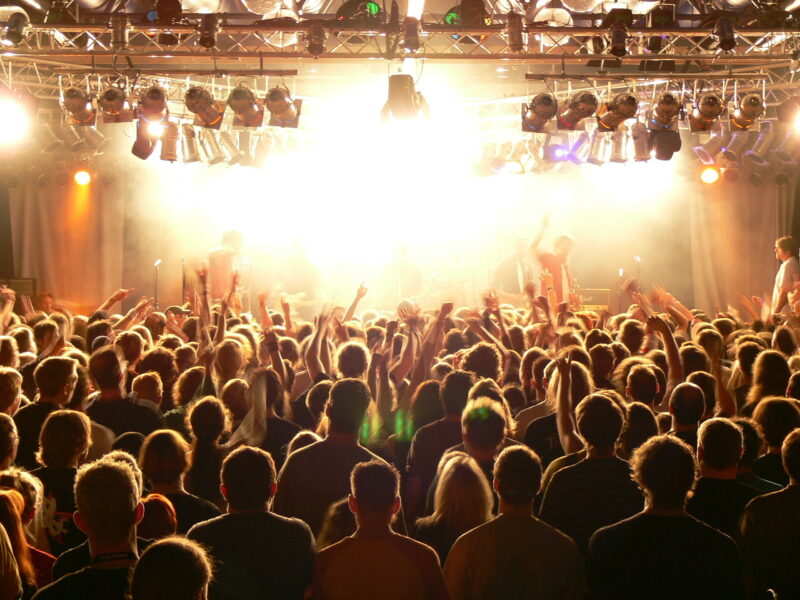 I've come to realise buying tickets to see a play or a gig is like a rollercoaster. Scary. You can be caught out so easily, for example paying more than you need to, ending up with different seats to those you thought you had bought, or even buying invalid and sometimes fake tickets.

I know because I’ve been working on a campaign called FanFair and I’ve seen the evidence of consumer confusion, at its worst with a company called Viagogo.

Official proof that this is the case finally came on 25 April 2018 when the UK’s consumer protection agency the CMA confirmed they had forced Stubhub (owned by Ebay), Get Me In and Seatwave (both owned by Ticketmaster) to agree to legal undertakings to follow consumer law. Viagogo did not cooperate and now faces prosecution. Consumer friendly change in this market can not come too soon.

More than a year ago, FanFair published some very useful advice on how to navigate the ticket market. This advice applies almost regardless of what type of event you want tickets for – music, theatre, opera, sport, comedy. Really anything where tickets may be in demand.

You say primary, I say secondary

The first thing to figure out is where to buy tickets and who is actually selling tickets, making sure you do this before tickets actually go on sale. A primary ticket agent has an allocation of tickets to sell – they are ‘new’ tickets. A secondary ticketing agent should be selling ‘second hand tickets’ which someone else bought from the primary ticket agent first. Don’t muddle them up.

Go to official websites (or the venue in person)

It’s always best to go to the venue if you can – I mean in person. Which for ‘Mark on the Clapham Omnibus’ is often possible as the No 88 bus passes through London Theatreland. To do so usually will avoid any booking fees on top of face value and of course you can see the seating plan in person.

Online, it is always best to go to the website of the venue’s box office (some of which do have seating plans) or their official ticket agents, or go to the official website of the artist or show to figure out who has been given an allocation of tickets to sell.

Don’t rely on a Google search to help you find official ticket agents as it will most likely send you into the virtual arms of an online secondary ticket agent if you don't check carefully.

Another place where tickets are often sold is Gumtree (also owned by EBay) and even on Facebook and Twitter; caveat emptor via these routes. Be very aware that Ticketmaster has the incentive to send you to their secondary ticketing websites Get Me In and Seatwave when their primary allocation is sold out (and there is evidence of them doing this even when they still have primary allocation), while for some events, such as the Capital Radio Jinglebell and Summertime Balls (for which Stubhub is also the primary ticket agent) primary and secondary tickets are muddled up, further confusing consumers. In the parlance, this is known as integrated ticket conversion.

So what do you do if all the primary ticket sellers are really sold out? The digital revolution has a solution and a very good idea it is in principle: go to an online secondary ticketing website where someone will no doubt be selling a ticket to the event you want to go to.

But be warned: secondary ticketing websites like to make you think they are simply putting you in touch with another fan who has a spare ticket to sell. In reality, they are dominated by online ticket touts who most likely have somehow scooped up loads of tickets from the primary ticket agents just to sell them to the real fans ‘second-hand’.

To paraphrase Adair Turner who said the same of the City of London after the financial crash, the ticket touting online market is too big and socially useless. It is in their interests for an unsuspecting fan to agree to buy a ticket at an inflated price as it then enables them to tell all other people that a ‘market price’ has been set, thus encouraging more fans to pay over the odds.

To add insult to injury, the inflated ticket price then has huge additional fees added to it, far higher than those charged by primary ticket agents, and often at the end of the transaction by which time you are already drawn into the purchase.

The dedicated fan is most likely to fall for this sting-like operation; often this will be teenagers or their IT-phobic parents buying 'must have' tickets for the trendiest bands. They just have to get a ticket. Which no doubt explains why so many fans pay what seem to rest of us like bonkers prices for some tickets. Viagogo’s modus operandi is the worst. So bad that the ‘Victim of Viagogo’ Facebook group has secured refunds from banks totalling over £250,000 using debit card chargeback for tickets sold by them in breach of the T&Cs mainly for Ed Sheeran’s 2018 UK gigs.

Read the T&Cs on re-sale

If you do survive the rollercoaster ride working out where to buy a ticket, before clicking ‘buy’, read the main T&Cs which should be prominent and transparent. In particular, make sure you understand if there are fair restrictions on re-selling the ticket or if only the person named on the ticket (and their guests) may attend the event.  (The CMA has set out what it considers to be fair).

If you can’t go, don’t be a tout but re-sell (or give!) your ticket to another fan. Increasingly, artists like the Arctic Monkeys are restricting re-sale to more ethical re-sale websites like Twickets* and DICE which are fan friendly. If one fan can’t go, they can make sure the spare ticket goes to another fan at face value plus a little extra to cover costs.

Which means it is from websites like Twickets that you are quite likely to be able to pick up a spare ticket for a supposedly sold out show at face value. Just be patient. The closer to the date of the event, the more likely a few last minute tickets will be available from people who really can’t attend. Unlike airline seats, where last minute prices are more likely to be higher, prices are more likely to fall for gig tickets. After all, once the event has started, the ticket is worth nothing unless you are inside enjoying the show or your ticket got you onto the rollercoaster ride.

There’s another reason for the name: I’m called Mark and  I live in Clapham, though I’m half Scottish and grew up in Yorkshire so I’m not a real Londoner where I used to work for consumer organisation Which?. I’m also at that stage of life dealing with both ends of life – children and elderly relatives – and all the consumer complications that brings. Renting and selling property, student loans to probate, and all the usual consumer hassles over energy, telecoms, insurance, holiday money, etc.

Mark McLaren is an experienced consumer campaigner and public affairs specialist. His blog is called Mark on the Clapham Omnibus.