Time for a ban on doorstep selling?

With a million other routes to market, why do we continue to allow firms to invade people's privacy by selling on their front doorstep? 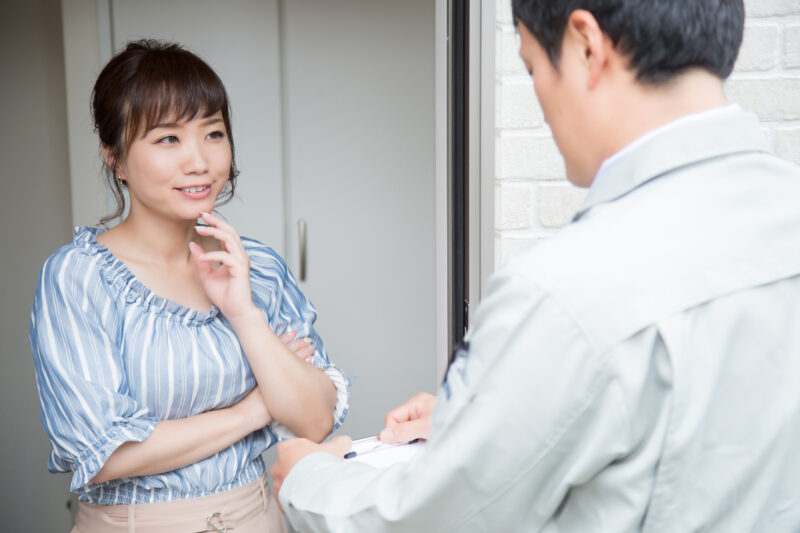 Doorstep selling used to be a major tool for companies to get their product in front of customers in the days before the internet. At its peak, many major companies had armies of thousands of doorstep salesmen dispersed across the length and breadth of the country.

In financial services, many people talk wistfully about the days of the Man from the Pru – a Prudential salesman who would turn up first to sell you life insurance and pensions, and then keep coming past every week to collect your premiums.

The internet put an end to a lot of mainstream door to door sales. But in the early part of the new millennium, the energy companies became keen on it as a route to market. And even today, some utility providers and brokers still use it as a sales generator, as do subscription services like Hello Fresh.

Other routes to market

But in the age of the internet, it’s harder and harder to justify why doorstep selling should be allowed at all. When it comes to email and telephone, the rules are now much tighter around contacting people without their consent. As an individual, you can easily opt out of phone calls by signing up to the telephone preference service. And GDPR has given us all greater powers to opt out of marketing communications that we don’t want.

Doorstep selling, however, is still legal and largely unrestrained – in spite of it being an area that continues to throw up lots of bad stories around pressure selling and the spread of misinformation.

Given that companies have so many other routes to market via the internet and advertising, I’m struggling to see why doorstep selling should not be banned.

Although there are of course plenty of examples of legitimate doorstep selling, the premise requires customers to engage in a conversation about a purchase that they may have given no prior thought to. It’s certainly not the same as walking into a shop and talking to a sales assistant, or calling up a firm on the phone – as these are deliberate contacts made as part of a customer’s buying process. Of course, there remains the risk of a mis-sale in these contexts too – but the consumer has taken themselves to the seller’s domain, and can just as easily walk out again or hang up.

A sense of obligation

On the doorstep, a sense of social obligation is often at play. Customers are under pressure to either listen and act, or to buck up the courage to say no and shut the door – which many find difficult to do.

Over the last 20 years, big firms in the energy market have been caught spreading mistruths through their sales networks, and encouraging customers to move onto deals that are not in their best interests.

In my world of financial services, doorstep selling is now thankfully very niche. But it still exists in the credit market, while a number of later life firms also follow up inbound telephone or internet enquiries with face to face visits in the home. Even if the enquiry was solicited, having a sales consultation in the home has been shown to place customers under greater pressure – making it much harder for customers to say no.

Now is the time for home sales and doorstep selling to stop.

Over the years, various MPs and consumer groups have lobbied for it to be banned – but as yet, these have not gained any serious traction.

Hopefully the days of doorstep selling are numbered. But in the meantime, firms continue to deploy doorstep teams need to consider what it says about their culture.

Unless there is a compelling reason why you can only reach certain communities by physically placing people on their doorstep, then refrain from doing it. It’s all too easy for it to end with some bad news stories in the press which damage the brand. It’s the 21st century, it’s time to move on.