Would you read a comic strip about insurance?

The financial regulator is going into battle against jargon and complexity in financial services - and has brought a raft of new ideas and suggestions to the table, including using comic strips. 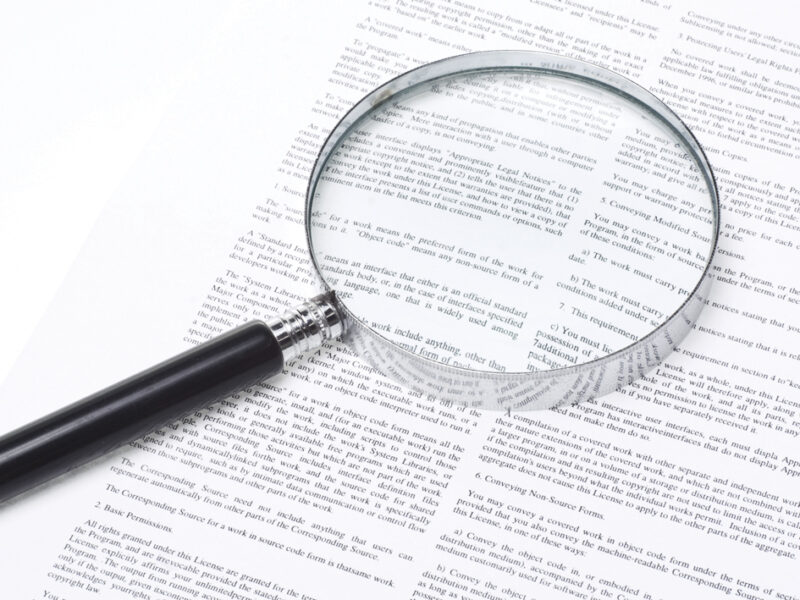 When we launched Fairer Finance last year, one of our key ambitions was to force financial services companies to become more transparent and stop bamboozling their customers with complexity. To my mind, it's an absolutely essential part of creating a healthy industry - because if customers can't understand what they're buying, competition just doesn't work effectively.

In most parts of banking and insurance, people's decisions are still almost all driven by price - as it's the one thing that looks to be easy to understand. So companies that are cheap get rewarded for offering poor products, and being loose with the truth about what they're selling. Only in the long run does the customer realise that they may have ended up paying more in additional fees or charges, or bought an insurance policy that didn't meet their needs.

When I've talked to companies about producing terms & conditions and other documents that customers can actually understand - and might consider reading - I've been repeatedly told that it's too difficult. And what's the point anyway, as no one reads them?

Our answer to that has been to start working with companies to produce clearer documents. And while we now know from experience that it's not easy, it is possible. Even when lawyers or compliance officers insist that something needs to be in a document, it's almost always possible to put it in a language that most people can understand.

What's clear is that the industry needs a real incentive to move things along - and to try harder. Consumers feel exhausted by the complexity and lack of transparency around financial products. And in a world where most companies are as bad as each other, people have come to resign themselves to it. That means businesses are let off the hook and have no pressing reason to get to grips with this age old problem.

The regulator steps into the ring

So yesterday's discussion paper published by the Financial Conduct Authority - called Smarter Communications - is a breath of fresh air, and could well be the catalyst that creates much needed change in the industry.

Although it admits there are certain parts of its rulebook which can be prescriptive around how companies interact with their customers, the regulator has vowed to examine all of these, and see whether they need to be relaxed or even ditched. Meanwhile, it makes an open offer to companies that if they can't make their documents clearer because of something in the rulebook, then they want to hear about it - and will look at finding ways around it.

The truth is there are often no easy answers. Financial products are complex - and though it would be nice if they could all be simpler, it's hard to see how we get back there from here. Insurances remain affordable to their customers by having limits on what they will and won't pay for. It would of course be great if home insurance covered you for anything to do with your home - full stop. But the cost would end up being prohibitive.

So while I'd dearly love to see insurance documents that could be summarised on a page of A4 - it's never going to happen. What is achievable, however, is that all insurance documents are written in a language that anyone can understand, and are no longer than it needs to be.

Proof that it's possible

We've already shared some of our work with the regulator and we'll continue to do so as this process goes forward. Although I'd love the end result to be that jargon is banned - and that finanical services companies were forced to communicate in a language that people can understand - I know that won't be the outcome. But if the regulator can help show companies - with the help of organisations such as ours - that the impossible is possible, then I'm sure more companies will start to step up to this challenge.

We've already worked with half a dozen major finanical services companies who are committed to producing clearer product literature - and at some point there will be a tipping point where others have to follow.

Terms & Conditions are of course only part of the challenge. The bigger task is to work out how to get the key information across to people at the time they buy the product. It's great to see the FCA making reference to use of videos in the purchase process, and even citing the Australian regulator's use of comic strips to try and educate customers of investment products.

In fact, the FCA discussion paper draws together lots of examples from all around the world where companies are doing it better than we are here in Britain.

As I've said many times before, the key to unlocking a healthy financial services industry is to rebuild trust between banks, insurers and their customers. Transparency is absolutely central to that - and while rewriting your Ts & Cs won't win you any new customers today, it's a statement of intention which allows companies to believably say that they are putting their customers first.

The FCA has laid down the gauntlet - and the winners in tomorrow's financial services landscape will be the ones that get to work now.